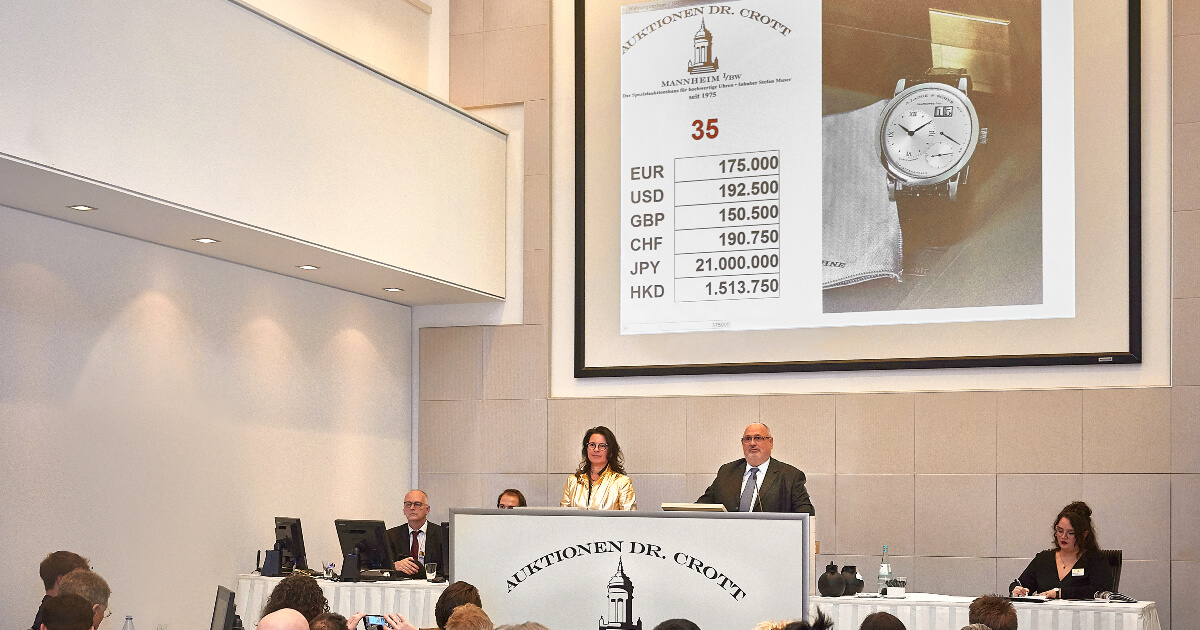 Three rare versions of the Lange 1, which was first presented on 24 October 1994 and thus celebrated its 25th birthday this year, find new owners at Dr. Crott's anniversary auction.

At the 100th and 101st auction at Dr. Crott in Frankfurt on the 15th and 16th of November 2019, one of the first watches ever made by Lange in the new era came under the hammer. This very early Lange 1 in yellow gold from 1994 (lot 634) with original solid case back was auctioned for 42,700 euros. Only a few pieces of this model left the manufactory with the case back screwed on, because it soon received a sapphire-crystal case back.

A Lange 1 in steel (lot 35) changed hands for 218,800 euros. In the mid-1990s, only a few pieces of this unusual variant have been crafted. The case and buckle are made of stainless steel and the hands of blued steel. The movement and all functions match the Lange 1 with manufactory calibre L901.0.

Furthermore, a Lange 1 in honey gold from 2015 (lot 93) was auctioned for 103,800 euros. Only 20 pieces in the exclusive Lange case material were presented. This watch is the last version of the Lange 1 to be equipped with the original manufactory calibre L901.0. Since 2015, A. Lange & Söhne's best-known model has been working with calibre L121.1, which was developed from scratch. However, virtually nothing has been changed in the proven dial layout with the off-centre arrangement of all displays and the outsize date introduced by Lange.