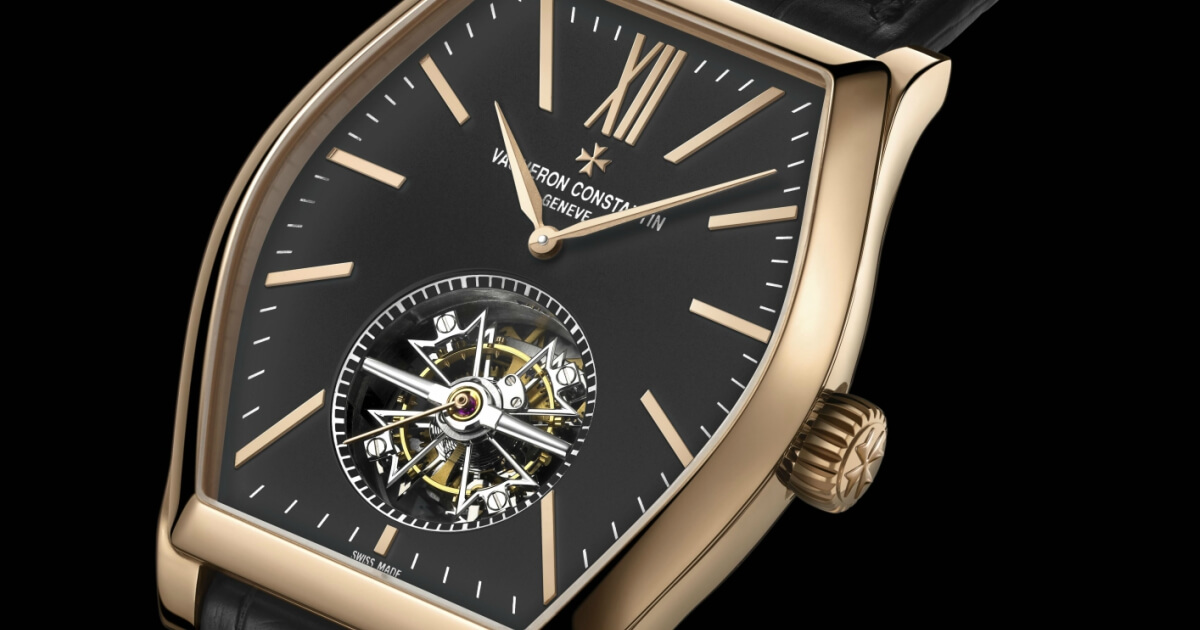 The charismatic tonneau (barrel) shape has consistently punctuated Vacheron Constantin's creative heritage since 1912. At the time, the Manufacture played a pioneering role in adopting this daring format, representing a clean break with the traditional shape of pocket watches.

Hugging the wrist to perfection, this distinctive curve is variously expressed through the Malte collection, composed of men's and ladies' models that are as understated as they are sophisticated. The Malte aesthetic, reinvented in 2012 and distinguished by harmoniously balanced contemporary lines with pure displays, continues to assert its unique personality that is both classic and original.

Its stylish appearance is accentuated by a finely sand-blasted slate-coloured dial punctuated by eleven baton-shaped hour-markers and one Roman numeral made of pink gold. At 6 o'clock, the Maltese cross-shaped tourbillon carriage asserts its character and reveals the exceptional level of finishing performed on each of the movement components.

The slightly off-centred position of the hours and minutes hands, as well as the low frequency of the movement -18,000 vibrations per hour - ensure a fine view of the tourbillon bearing the seconds hand. 169 parts compose the tonneau-shaped 2795 caliber, a mechanical hand-winding movement entirely developed and manufactured by Vacheron Constantin, endowed with a 45-hour power reserve.