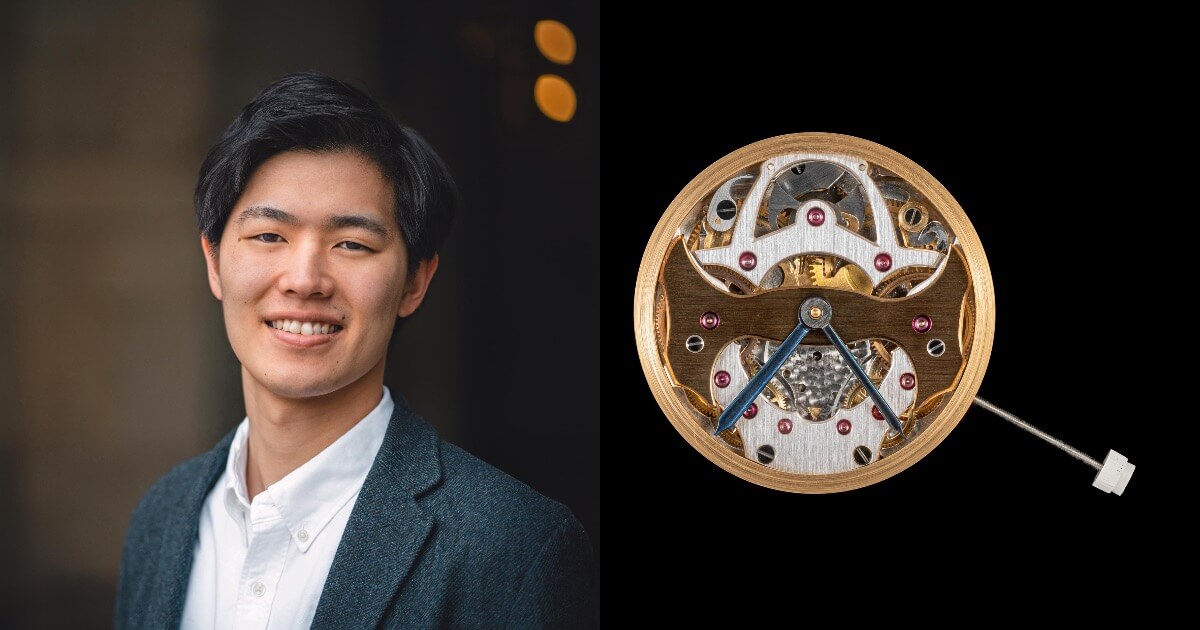 Hailing from Japan, the winner of the tenth Walter Lange Watchmaking Excellence Award is Nayuta Shinohara from the Tokyo Hiko Mizuno College of Jewelry. Competing against seven contenders, he won the competition for the best watch with a retrograde display and the 10,000 Euro prize as the jury’s top pick.

Design and craft a freely selectable retrograde display: this was the assignment of the tenth Walter Lange Watchmaking Excellence Award. Eight of the world’s best aspiring watchmakers from five countries had been nominated for the competition by their schools. The jury of four experts in Dresden assessed the submitted entries in February.

Its members were Anthony de Haas, head of product development at A. Lange & Söhne, journalists Gisbert L. Brunner and Peter Braun as well as Peter Plassmeyer, the director of the Royal Cabinet of Mathematical and Physical Instruments in Dresden. The ratings considered the originality and novelty of the idea, its functionality, technical and artisanal quality, and the aesthetic appeal of the implementation. This year, the weighting of the latter criterion received special emphasis.

Designated as “Slow-Moving Retrograde”, the solution submitted by Nayuta Shinohara (25), a student of the Hiko Mizuno College of Jewelry in Tokyo, convinced the Jury in all of the criteria of the competition. He crafted a movement with separate retrograde hour and minute indications as well as subsidiary seconds on the rear side.

His starting point was a Unitas calibre 6498-1 which he totally rebuilt and endowed with two-wheel trains featuring centrifugal governor control for the return phase. This device causes the main hands to slowly pivot back to their home positions when they reach the end of scale. The fully functional and lavishly finished movement stands out with its creative technical concept, its unique design, and its excellent artisanship.

Two further entries impressed the jury with high-level solutions and were separately commended. The presentation by Atte Pirttijärvi (28) from The Finnish School of Watchmaking in Espoo is based on the extraordinary idea of a double retrograde 12-hour display with an innovative two-hand solution as well as a day/night indication in the form of a fluorescent dot display.

The so far youngest participant in the competition was Lukas Strassberger (17) from the Technical College in Karlstein, Austria. His classic solution appealed to the jury with a semi-circular retrograde hour and minute indication prominently orchestrated in the 12-hour position.

For the jury members, the submitted entries – mainly the winning project and the commended runners-up – prove “that aspiring watchmakers around the world, including the youngest one, are capable of developing elaborate, exceptional, and original solutions.”