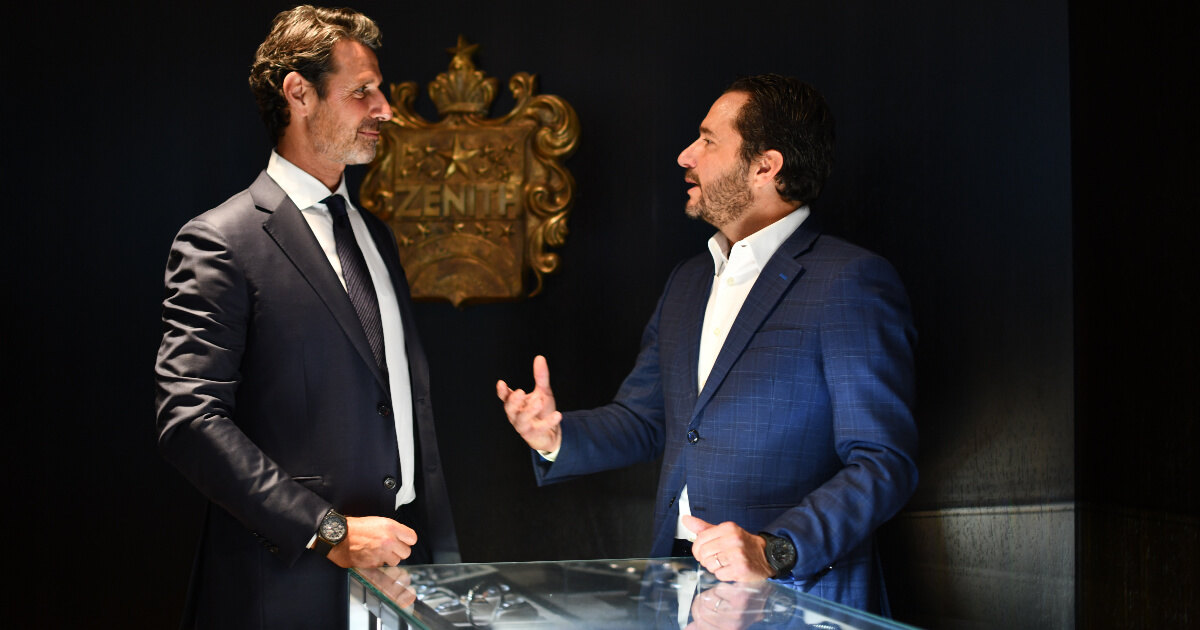 On the opening day of the Australia Open Grand Slam tournament, Zenith is proud to introduce iconic tennis coach and entrepreneur Patrick Mouratoglou as its latest Friend of the Brand.

Considered one of the most influential personalities in the world of tennis, Patrick Mouratoglou has been compelled by the world of tennis ever since he picked up a ball at the age of 6. It was his dream to become a top player, spending much of his childhood training to one day make it to the championships, but destiny had another path in store for Patrick. His parents didn’t believe that he could have a future in tennis, directed him to a more traditional education and career path. But Patrick never lost hope. So he went on to complete his education and attended business school, where he was able to sharpen his managerial acumen and build his confidence. With his innate sense for all things entrepreneurial, Patrick decided to fulfill his dream by creating the Mouratoglou Tennis Academy at 26 years old, which is now recognized as one of the most prominent tennis academies in the world.

Through his academy, Patrick has worked with a number of professional tennis players at different points in their respective careers, helping them unlock their potential and achieve great feats. After coaching and mentoring a number of players at his academy, Patrick reached new heights in 2012 when he became Serena Williams’ coach. After her first ever opening round defeat in a Grand Slam at Roland Garros, Patrick brought Serena back to the #1 spot, a position she kept for 3,5 years consecutively, where she won 2 gold medals at the Olympic Games, 10 Grand Slam titles, 3 Year-end Championships and many other titles. The “dynamic duo” is still going strong today.

“I had the pleasure of meeting Patrick for the first time at Wimbeldon last year and we immediately hit it off. I was captivated by his story and his charisma and determination, which is truly the perfect analogy of what what it means to reach your star against all odds. His passion and energy fit seamlessly with the entrepreneurial spirit of Zenith“, declared Zenith CEO Julien Tornare about Patrick Mouratoglou and their fateful encounter.

Patrick’s drive, perseverance and self-made success as well as his humility and selflessness have made him a uniquely charismatic personality in the world of tennis and a widely respected businessman. Never one to back down from achieving his vision – no matter how impossible it may appear – the famed coach’s rise to stardom is an unlikely trajectory that exemplifies the Zenith ethos of “time to reach your star”, where conventions are meant to be defied and expectations exceeded.

“As a watch lover, I am truly proud to become a Friend of the Brand  for Zenith, whose run of excellence stretches as far back to 1865. ‘Time to reach your star’, the brand’s philosophy, echoes with my own story:  that of failing on my original plan and using that experience to shape my future and reach my goal — my 'star’ — in the end, whenever the end. I am looking forward to wearing Zenith’s high-detail watches while my heart continues to skip a beat aiming for tennis’s biggest titles”, said Patrick Mouratoglou.

Besides coaching, the entrepreneur is heavily involved in other businesses in and out of the world of tennis and seeks to inspire others through the numerous motivational speeches he gives around the world. Patrick created the Patrick Mouratoglou Foundation, which supports aspiring tennis players that do not have the financial resources to reach the top. He is also a TV personality, with his own show broadcasted across the world. Patrick takes on several roles, never one to rest on his laurels.