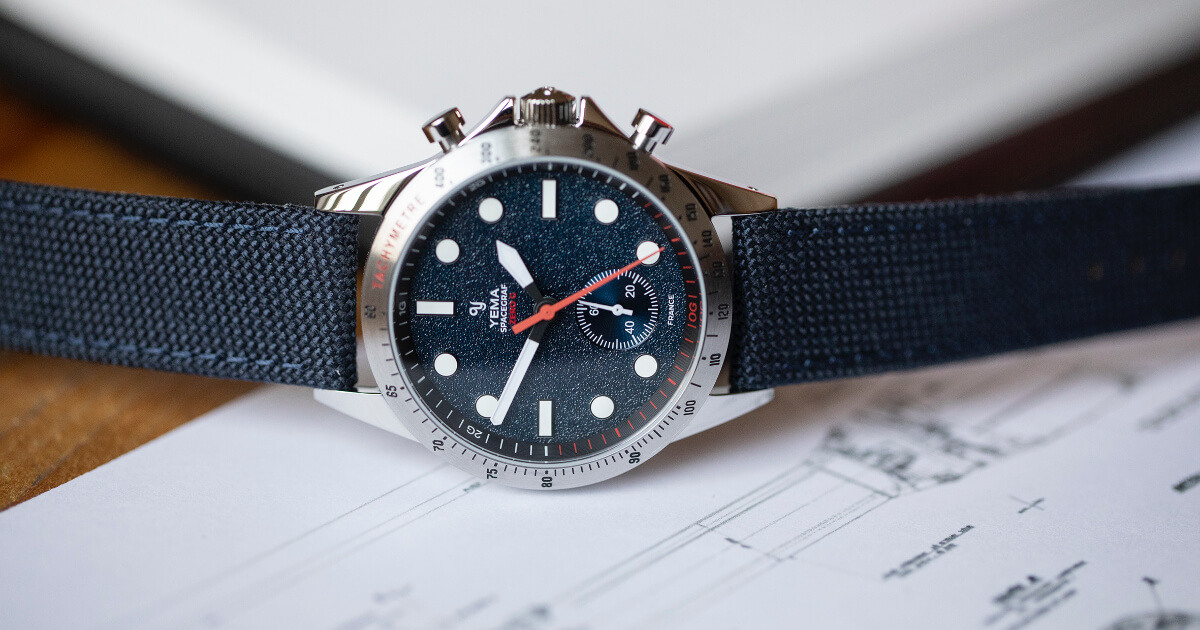 In 1982, the first Western-European astronaut, Jean-Loup Chrétien, was sent into space wearing on his wrist a Yema chronograph. In 1985 NASA's Discovery shuttle took off with Patrick Baudry on board and a Yema on his wrist for the first Franco-American orbital flight mission.

The Spacegraf Zero-G has been tested in real conditions during France’s Space Agency parabolic flights helping the scientific crew to anticipate the recurrent zero G phases thanks to the chronograph function. The new Spacegraf Zero-G is available in 3 variants at yema.com.

Designed to meet the strict requirements of Zero-G flights' crew members, this new Spacegraf combines perfect readability at all times with high precision. The chronograph feature allows precise reading of G periods during parabolic flights and easiness-of-use when in weightlessness.

The caseback is engraved with France's Space Agency (CNES) official logo and markings to commemorate both the 30th anniversary of parabolic flights and Yema's first French watch sent Into space.

The prices for the Yema Spacegraf Zero-G are: