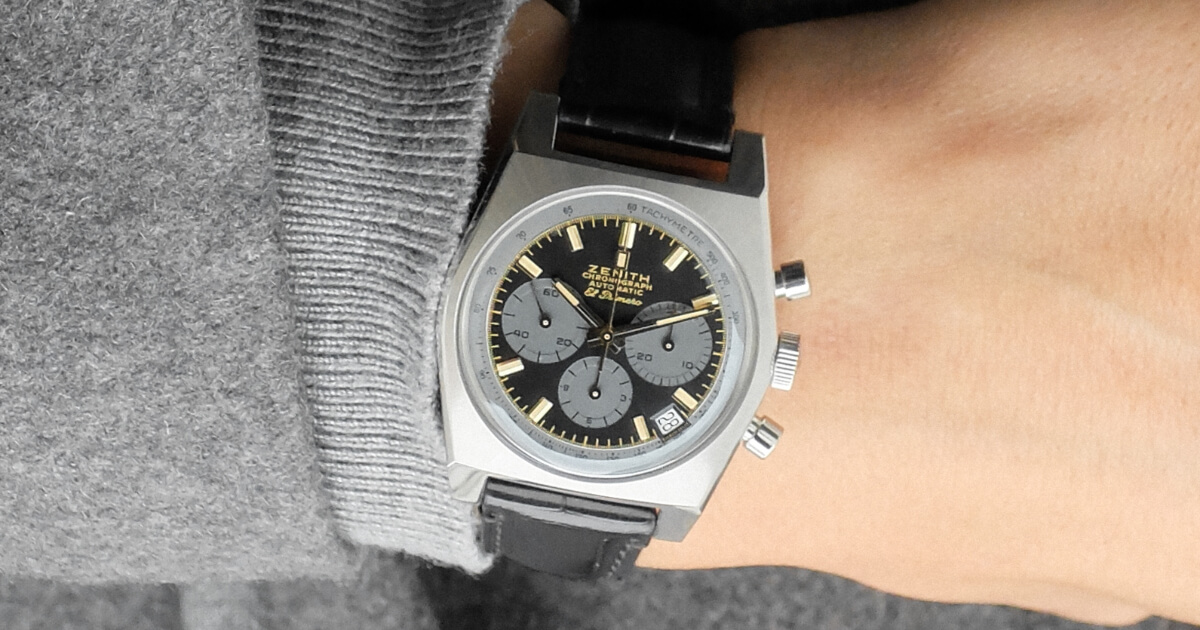 With the release of the A384 Revival this year to mark the 50th anniversary of the El Primero calibre, the opportunity to finally create the watch depicted in the Japanese manga and anime series Lupin the Third presented itself to Zenith. Limited to 50 pieces, the A384 Lupin The Third Edition is Japan-exclusive. This collaboration marks the first time that a Zenith watch has been made based on a manga and anime series.

The year of 1969 saw the launch of the El Primero calibre and the first watch to be equipped with it, the A384. Two years later, the first anime series of the popular manga Lupin the Third begin airing, and was an instant hit domestically in Japan, and later across the world. One of the main characters in the story, Mr. Daisuke Jigen, a debonair partner of the main protagonist Lupin, is depicted wearing a Zenith watch on two occasions of first episode of the first anime TV series. Inspired by the A384, the watch shown in the animated series didn’t actually exist – until now.

Using the blue prints and production plans of the original A384, Zenith was able to recreate the uniquely shaped 37mm stainless steel case through a reverse engineering process. The end result is virtually identical to the original from 1969 – right down to the pump-style pushers and crown. The steel case back with a sapphire crystal features a printed silhouette of Mr Jigen in his typical hat tipping, effortlessly cool stance, that fans of the series would instantly recognize.

With only a brief illustration of Jigen’s watch from the animated series of Lupin the Third, the teams at Zenith worked on bringing the fictional dial to life. The matte black dial features contrasting grey chronograph counters and tachymeter scale, with golden hands and applied markers completing the look. Creamy beige SuperLuminova fills the hands and applied markers in a way that blends with the golden tones while giving a slightly aged appearance.

The A384 Revival Lupin The Third Edition comes in a special presentation box, where the outer box features a mosaic of images from the anime series, while the inner box is emblazoned with a silhouette of Jigen and a stylized logo of Lupin the Third designed by Zenith.

·       Crystal: Domed sapphire crystal with anti-reflective treatment on both sides

The price for the Zenith El Primero A384 Revival Lupin The Third Edition will be around Euro 7,000.