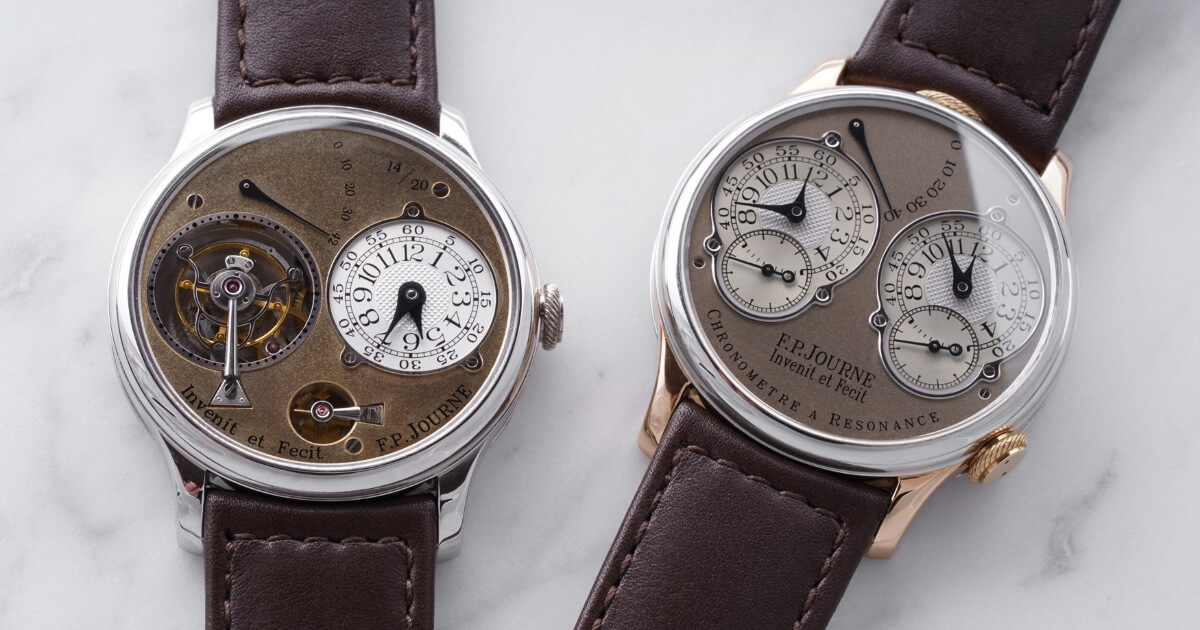 Phillips in Association with Bacs & Russo is reveals additional highlights from The Geneva Watch Auction XI, following the earlier announcement of four extraordinary Patek Philippe wristwatches from the private collection of Mr. Jean-Claude Biver to be included in the sale (please read more about here). Taking place at Hôtel La Réserve, Geneva on June 27 and 28, 2020, the double-evening sale will feature over 200 lots including important timepieces that are exceptional in terms of provenance, aesthetics, condition and rarity.

Aurel Bacs, Senior Consultant Bacs & Russo and Alex Ghotbi, Head of Watches, Continental Europe and Middle East, jointly said, “We are delighted with the selection of watches in our Geneva Watch Auction XI, which gathers an unprecedented number of previously unknown, fresh to the market timepieces consigned by their original owners or descendants. The timepieces we are excited to reveal represent some of the greatest creations of the 20th and 21st century. They are watches of the highest quality, rarity, collectability and desirability that offer the type of diversity that adds colour, depth and balance to collecting.”

The Geneva Watch Auction XI marks Phillips’ first live watch auction of 2020 and will be led by an incredible selection of fine collectible timepieces hailing from power houses including Patek Philippe and Rolex, as well as from master independent watchmakers such as F.P. Journe or Kari Voutilainen.

The extraordinary selection of Patek Philippe timepieces covers a wide range of complications, styles and periods, with highlights including:

One of Patek Philippe’s signature complications, a pocket watch reference 605 HU from 1950 featuring a cloisonné enamel dial representing Eurasia and Africa. Previously unknown to the collecting community and appearing for the first time publicly, this watch is the only one known in pink gold featuring this type of dial. It is being offered by the family of the original owner.

An incredibly well-preserved reference 1579 chronograph in yellow gold made in 1955 and retailed by famed Swiss retailer Gübelin, it is only the 5th example signed by Gübelin to grace the market.

A reference 1518 in yellow gold from the family of the original owner from 1944, this reference was launched in 1941 and was the world’s first perpetual calendar chronograph made in series.

In the field of Rolex wristwatches, the Submariner is a true icon. This season Phillips presents a wide selection of Rolex models, some of which are rarely seen on the market. These include:

A reference 5513 circa 1963 in excellent condition featuring an ultra-rare “Explorer dial” or “3-6-9 dial”. While the majority of Submariners were fitted with regular round hour markers, the present watch bears this extremely rare dial configuration, reminiscent of the dials also found on Rolex’s iconic “Big Crown” reference 6200.

Finally, Phillips is proud to offer what is quite possibly one of the best-preserved examples of Rolex’s ultra-elusive reference 6232 in pink gold, from 1958. It is one of only twelve watches in existence, originally destined for the French market.

Phillips is renowned for shining a spotlight on Independent Watchmaking and each season a large section of the catalogue is dedicated to these amazing watchmakers, whose unbridled creativity and technical mastery continue to dazzle collectors and enthusiasts around the world. Highlights include:

F.P. Journe’s original Tourbillon Souverain “Souscription”, the watch that enabled the Founder of the firm, Mr. François-Paul Journe, to set up his company, and of which he has made only 20.

The watch was presented in 1991 but only made commercially available in 1999. The Tourbillon Souverain "Souscription" were individually numbered on the dial and offered to his closest friends and clients.

When Journe decided to launch his second iconic model, the Resonance, he offered the latter to the clients having already bought the tourbillon, here again he used a subscription system. Phillips has the immense pleasure of offering a Resonance “Souscription”, a model rarely seen at auction, and the present example comes in a unique livery specially commissioned by Lorenz Baümer: platinum/pink gold case with white gold dial.

The incredibly talented independent jeweler Bäumer was born in the USA in 1965 and lived abroad from a young age given his father was a German diplomat and his mother was French. He spent much of his childhood globetrotting, which led to his discovery and appreciation of different cultures, which went on to influence his artistic career. After completing engineering studies at the École Centrale de Paris in 1989, Bäumer opened his first salon at 23, rue Royale in Paris to sell costume jewellery. Thereafter he moved to 4, place Vendôme and devoted himself exclusively to jewellery. The creation of the tiara "Ecume de Diamants" for the wedding of HSH Prince Albert of Monaco with Charlène Whittstock in 2010 was a marking moment in his career.

Another exceptional highlight is the Opus 3 made for Harry Winston by Vianney Halter, featuring a unique way of reading time. This example is number one from 25 pieces made in platinum.

Also topping the Independents’ Atelier section is a unique GMT model with power reserve hiding a beautifully engraved and enameled caseback featuring Triton, and a mermaid by Kari Voutilainen.

Some of the finest watches in terms of quality and condition will also be offered, including elegant dress, sports and complicated watches by prestigious collectors’ brands such as Patek Philippe and Rolex, A. Lange & Söhne, Audemars Piguet, Vacheron Constantin, Omega, IWC, Longines and Breitling, to name only a few.

The selection of leading highlights will be available to the public during the pre-sale exhibitions opening in Asia and Europe. Following a preview in Hong Kong from May 20 to 27, highlights will be on display in Geneva from June 24 to 28, 2020.